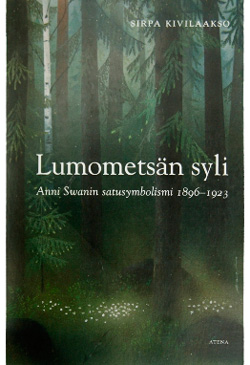 Children’s and young adult author Anni Swan (1875–1958) is a significant forerunner and developer of the Finnish literary fairy tale. Her work covers around thirty novels and collections of stories for young adults. The dissertation studies the poetics of literary fairy tales in the context of the French tradition of post-modern feminist research, which considers the early 20th century literary fairy tale a female-specific literary genre and a mode of female expression. A feminist reading means that the text of the fairy tale is read in a way which goes against traditional methods of reading. The dissertation examines early modern womanhood and its characteristic female-specific expressive language and mute non-linguistic expression, or the otherness of the psyche and language. The fairy tales are seen in the context of the “Golden Age” of Finnish art, as part of the symbolic style and literary dialogue of their time of publishing.

Swan’s stories are set in the natural world, often in the forest or water. The forest of the stories is simultaneously a symbolic psychological landscape of the beautiful Finnish forest and the mythic-symbolic topos of the story. In her nature fairy tales, Swan examines the human relationship to nature, its spirits and animals. The Veli ja sisar (“Brother and Sister”) story is based on the interaction between nature and culture and its re-evaluation. According to the Swanian vision of nature, people should take care of nature and animals and help them when necessary, as expressed in the story Marjaanan helmikruunu (“Marjaana’s Crown of Pearls”). Swan’s understanding of nature is structured around the protection of forests and the equal treatment of animals, including a perspective of early ecocriticism. The author transfers the pursuits of her contemporary ecological movement into the world of fairy tales, advocating the new values of nature preservation.

In Swan’s poetically sensual writing, the many dimensions of nature description and the visual world are repeated through the sense analogies and metaphors typical of symbolism. The female author develops a symbolist style of narrative that follows its own rules, characterised by the Finnish forest described through symbols and the metamorphous flower. In Swan’s work, nature is depicted as evocative of sensations, emotions and ideas; in florid language, as a polymorphous floral ornament, which becomes anthropomorphic. Her narrative features the flower metaphors of the Art Nouveau / Jugendstil, synaesthetic images and the pictorial language typical of symbolism. Swan’s characteristic expression is present in the metonomy of motherhood in Ihmekukka (“The Miracle Flower”), the flower castle in Lumolinna (“Enchanted Castle”), and femaleness and the flower island in Aaltojen salaisuus (“Secret of the Waves”). In these stories, Swan’s style is of central significance as a motif of the story. The flower island is a hidden riddle, and it manifests the secret of symbolism: a distant, mysterious dream image from the fount of creativity, combining the systematic with the spirit and the senses. In the story, fragrant and colourful flowers become dancing butterflies, emphasising both the metamorphoses of sensations and womanhood, and the synthesis of figurative language. In Swan’s symbolism-rich narrative, the subjective experience of nature combines with the visual elements of language, including the scents and sounds of nature. As they are repeated, they construct synaesthetic images between the stories as well as metonymic flower chains, which form Swan’s rhetorical trope. 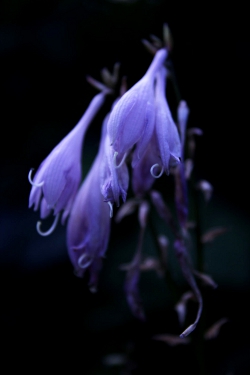 The dissertation depicts the developmental arch of a female artist. Its theme is an insight into the development of the modern female subject’s identity. The feminist reading journeys into history and the emancipatory girlhood and womanhood present in these fairy tales from the turn of the previous century. In Marjaanan helmikruunu, Swan dissociates herself from the previous gender-dichotomous folk tale and the fairy tale tradition established by Zacharias Topelius. Marjaana will not submit to the passive role of a woman waiting for her prince, but asserts a female character who is independent through her actions. She is brave and decisive and goes in search of her prince herself. Marjaana combines old and new femininities. The girl is an ambiguous subject, simultaneously independent and tied to the family. Through Marjaana, Swan interprets a new kind of femininity and an ambivalence of desire: the contradiction between a free, independent life, and the longing for traditional romantic love. The story mirrors the change in women’s social status which was underway at the time.

Swan challenges the conventional narrative choices of folk tales. In Ihmekukka, the author reverses conventional roles and norms. The girl develops into the heroine through her brave action. She journeys bleeding into the woods and rescues a boy who has been magically turned into a block of wood. The dynamism of the girl on one hand, and the silence of the boy on the other, point to the problematic of the modern subject and the onset of modernity, including the ambiguity of gender roles. Swan also reverses gender dichotomies in Jääkukka (“The Ice Flower”), where the overly active ice maiden and the passive sailor reflect new, modern kinds of subjectivity and ways of being in a relationship.

The metamorphoses of Swan’s fairy tale characters – such as difference and separation in Ihmekukka, and the metamorphoses from mermaid to flower fairy and ultimately to a swan in Aaltojen salaisuus Ź– represent the constant flux and growth of the subject. In Swan’s writing, the swan, a symbol of the new subject at the turn of the century, reaches towards the spirit and power of a new expression of sensations, dreams and feelings. Swan illustrates the modern, regenerating womanhood of Aaltojen salaisuus and Jääkukka through the multiple metamorphoses of the mermaids. These changes in the being of the subject are early suggestions of the nonsense tradition in Finnish fairy tale literature and in themselves represent the search for the modern subject.

Connecting to symbolist Kalevala romanticism, Tyttö ja kuolema (“Death and the Girl”) examines the connection and emotional relationship between two generations, a daughter and a mother. The process of a young girl becoming separate and independent from her mother reflects the growth and movement of the subject. Swan again subverts conventions when the girl saves her mother from death. The story illustrates the family’s internal tensions, the forms of power and domination, silence and guilt, through which Swan writes the metaphoric language of depression and female melancholy. At the same time, Swan questions the Topelian idealisation of motherhood and the bourgeois myth of the mother, which is finally broken in the story Merenkuningatar ja hänen poikansa (“The Sea Queen and Her Son”). The story raises the issues of a mother’s power and right to make decisions regarding the marriage of her children. Traditional family models are no longer functional and must break or adapt to the demands of a new era. Modernity creates many contradictions, which are also reflected in the fairy tales. Swan challenges the monocultural view of the family from the previous age and illuminates the contradictions of the revolutionary modern period. 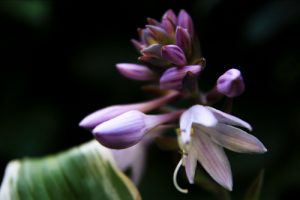 The female subject’s development into a female artist is illustrated in Lumolinna. In the bosom of the enchanted forest, stories and secret dreams are created, legible only through the eyes of the fairy tale. To develop as an artist, Marjaana must undergo several metamorphoses as a violin, as is required by complete dedication to art. Symbolic female expression resonates with the metaphors of violin music. The story reflects the author’s personal experience of nature, development into an artist and storyteller. In Tarina Kultasirkasta (“The Story of the Golden Cricket”), Swan narrates a longing for love and describes the difficulty of loving through female experience, using nature metaphors. Swan’s narrative unfolds the problems of the modern woman, as well as the silenced voice of the woman and the possibilities of non-linguistic communication. The Golden Cricket vacillates between love and denial, family and career, and chooses the life of an independent woman. In her own life, Swan chose a modern combination of options: a family and a career as a writer.

The fairy tale symbolism of Anni Swan is the synaesthetic and sensual narrative of the beauty of nature, characterised by sensual aesthetics, metaphors, metonymy and metamorphoses. Swan endorses female heroism, expression and voice. When compared with the folk tale tradition, Swan’s work reveals new forms and representations of girlhood, motherhood, female artistry and the family. These fairy tale models have proved to mirror, in a modern, ambiguous way, the new subjectivity and new ways of being in a relationship, which are, in turn, early signifiers of a feminist fairy tale. Swan is a developer of the Finnish symbolist literary fairy tale and creator of the Finnish feminist fairy tale. 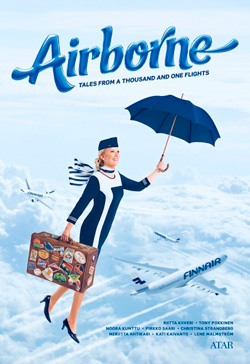 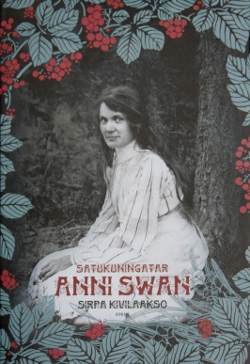 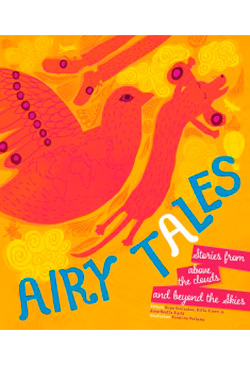